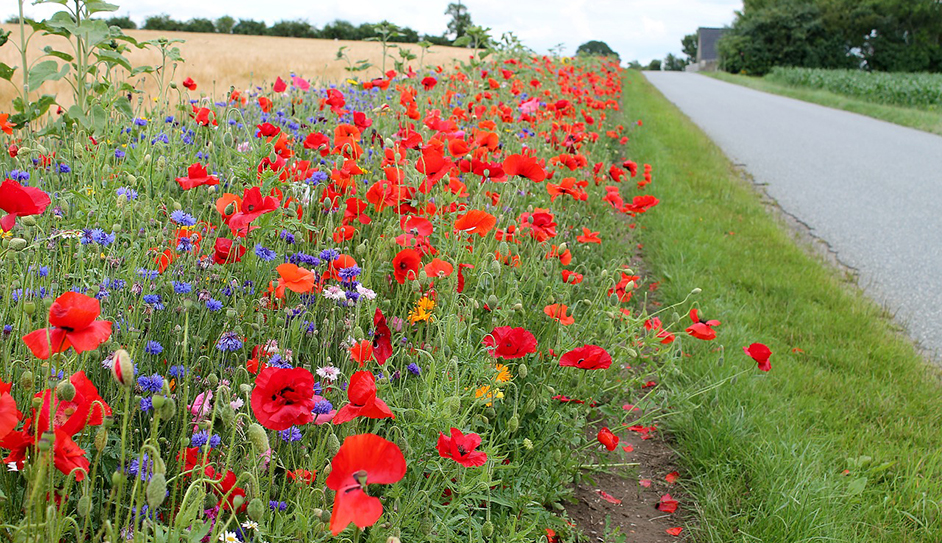 The current epidemic has put a massive strain on local authorities and over the past few months up and down the country, councils have battled to keep core services going while also providing economic relief to local businesses. As a result some non-essential maintenance has been placed on hold.

It’s been noticed around Southend that some verges on the road side have been left to grow, either due to council gardening teams being instructed to stay home or emergency cost cutting initiatives employed by a desperate council. This is a prudent and pragmatic approach and isn’t a criticism but it must be considered that maybe there is an opportunity here for the council to adopt a long term cost saving solution when it comes to maintenance of our parks and roadside verges, a solution that saves the council money but also provides a tranquil benefit to both residents and wildlife.

The argument is that councils can save money on extensive mowing by letting neatly-mown grass verges develop into “mini meadows” where wild flowers along with wildlife can blossom (council gardeners would sow wild flower seeds first before letting verges grow) .

This is not a novel approach, several councils have already adopted this method such as Rotherham (who let an 8 mile long stretch along a major route develop into a “river of flowers”). Hartlepool has also heeded the call and mini meadows have sprouted up in Nottinghamshire, Derbyshire, Birmingham, Newcastle and Sheffield.

According to Plantlife (a British conservation charity) the UK has lost 97% of its wildflower meadows in the course of a century. The desire for keeping urbans areas looking neat and providing ease of access for litter-picking has resulted in councils' inclination to keep verges short.

According to an online BBC article Rotherham Borough council has saved an estimated £23,000 a year in mowing costs since adopting the new policy. This may seem insignificant compared to the millions it must spend on services, but when combined with the hundreds of other cost cutting initiatives councils are having to adopt due to Government cutbacks at least this one can be passed off as a noble endeavor that still saves money.

All things considered, we are all aware of the negative impact urbanisation has had on insect populations, especially pollinators such as bees. Given the dynamic and aggressive change we are seeing and have seen over the decades concerning our wildlife, they need all the help they can get.