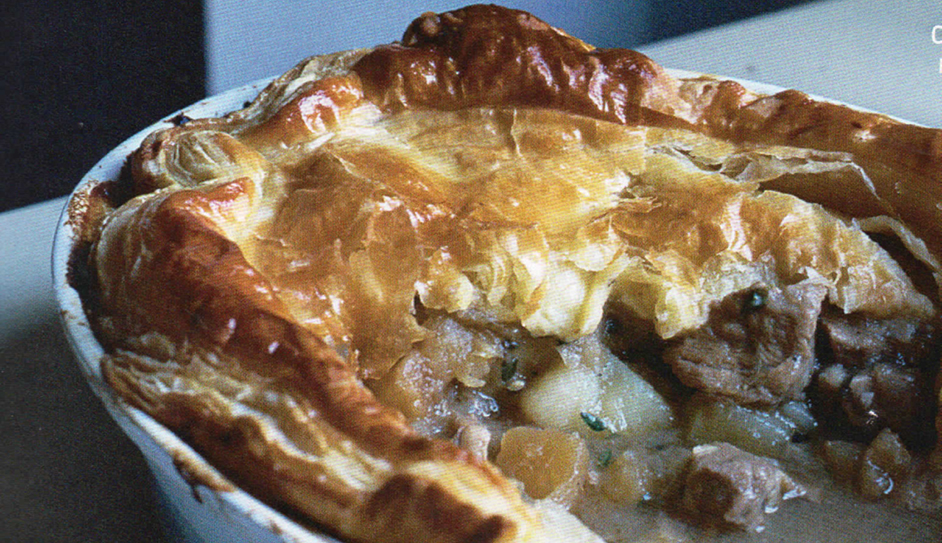 Put the lamb, vegetables, stock, thyme and Worcestershire sauce in a large pan. Bring to the boil on the hob, skimming off any foam that rises to the surface. Reduce the heat, cover and simmer on low for 1 hour.

Remove the lid and simmer for a further hour, until reduced a bit and the potatoes have partially dissolved, slightly thickening the sauce into a gravy.  I nearly always have to thicken it further using a little cornflour mixed with cold water but it depends on your taste. Make sure you season with salt and freshly ground black pepper.

Preheat the oven to 200°C/fan180°C/gas 6. Tip the filling into a 2-litre pie dish. Roll out the pastry on a floured surface until 3-4cm bigger than the pie dish, then lay on top of the filling. Crimp the edges inside the dish, like the crust of a Cornish pasty.

Brush the top of the pie with egg, snip a few air holes in the centre and bake for 30-40 minutes, until golden.