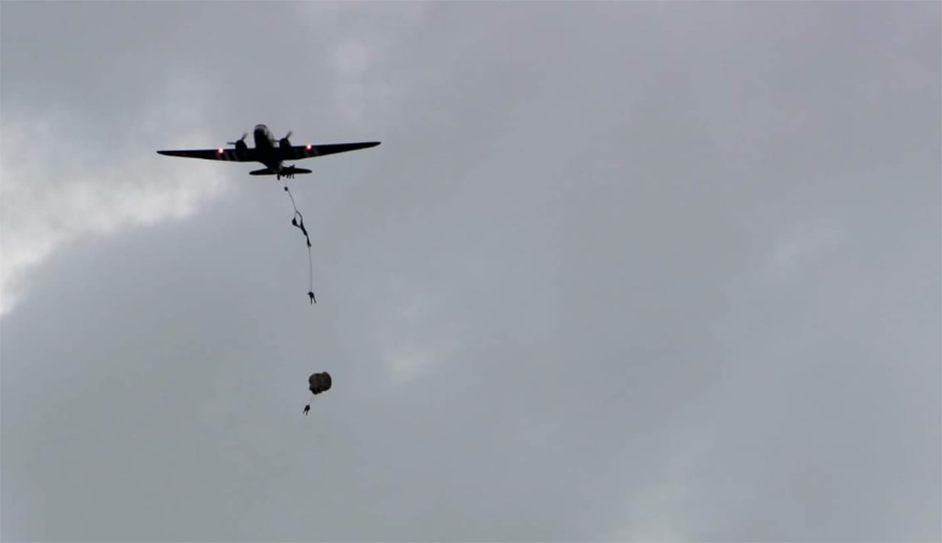 On June 5th, 2019, 35 planes flew 1,500 feet over Southend-on-Sea in remembrance for the 75th anniversary of D-Day during World War Two in 1944. The show was delayed, taking place just shy of 5pm, two hours later than originally planned. The planes dropped over 250 parachutists along their route.

With the flyover supposed to take place over Southend around 2:30pm, it caused havoc for road users, with the planes flying over just as rush hour struck. The roads in and around the Town Centre were gridlocked up to the Kursaal. It seems that the earlier people arrived, the best chance they had of seeing this wonderful event.

The planes departed from the Imperial War Museum, flying over Colchester, and over the Cliffs. Hundreds of people gathered along the Seafront for a chance to see these amazing planes. As the planes passed there was a parachute jump, which was incredible to see.

The 35 planes were privately-owned were assembled from different places around the world. If you would like to see which planes were featured, with images and where they were made then please see here: https://www.daksovernormandy.com/aircraft/