Meet Goby, the only fish that should eat plastic! 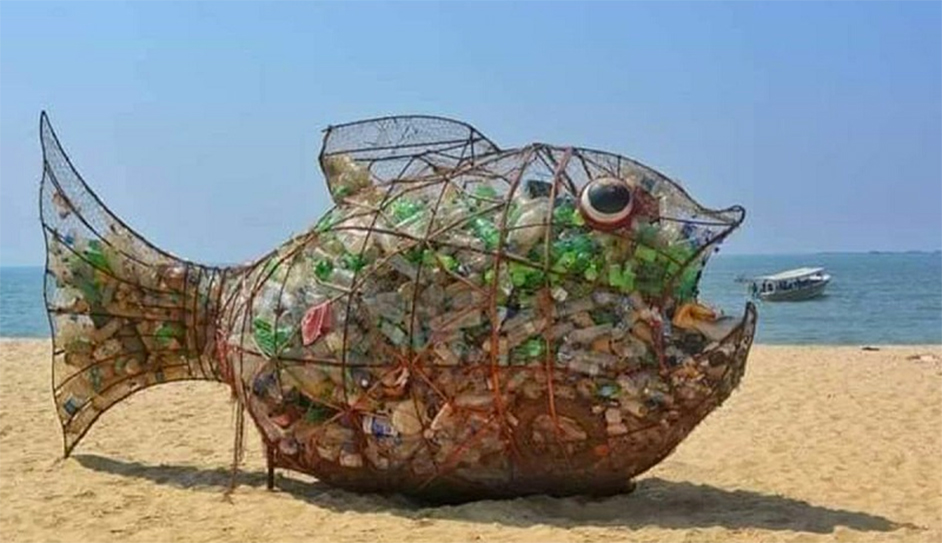 We all know that the amount of plastic in our waters is increasing rapidly (around 8 million pieces a day find their way in the sea), but measures can be put in place to reduce this! Many ideas are already up and running (such as the ban of plastic straws). A sculpture called the ‘goby fish’ is a new idea that is slowly being implemented on beaches around the world. It’s made of barbed wire and mesh, and holds plastic waste. So far, it has proven successful where they have been placed, so it would be great to get one placed on your local beach too. The structure is designed so that the fish has a large mouth (for people to throw their litter into), and a large body to hold a large amount of rubbish. We think that Goby would encourage people to recycle and keep our beaches clean. Why not create some other recycled sculptures too?

It’s been predicted that by the year 2050, there will be more plastic in the sea than fish (by weight), not to mention how harmful this is to the Sea life! So instead of placing dreary, ordinary bins around, let’s place a Goby on the beach and entice people to recycle their waste! Did you know that around the world, 1 million plastic bottles are bought every minute! Just imagine if everyone littered theirs?

The ‘goby fish’ all started in Vietnam, on Da Nang beach, when a group of local volunteers came together to launch the project. They placed Goby fish bins along the coast, and so far, they have made a huge impact. Building the Goby fish is a meaningful activity, with big benefits. It’s an opportunity for people in the community to work together and save our oceans.