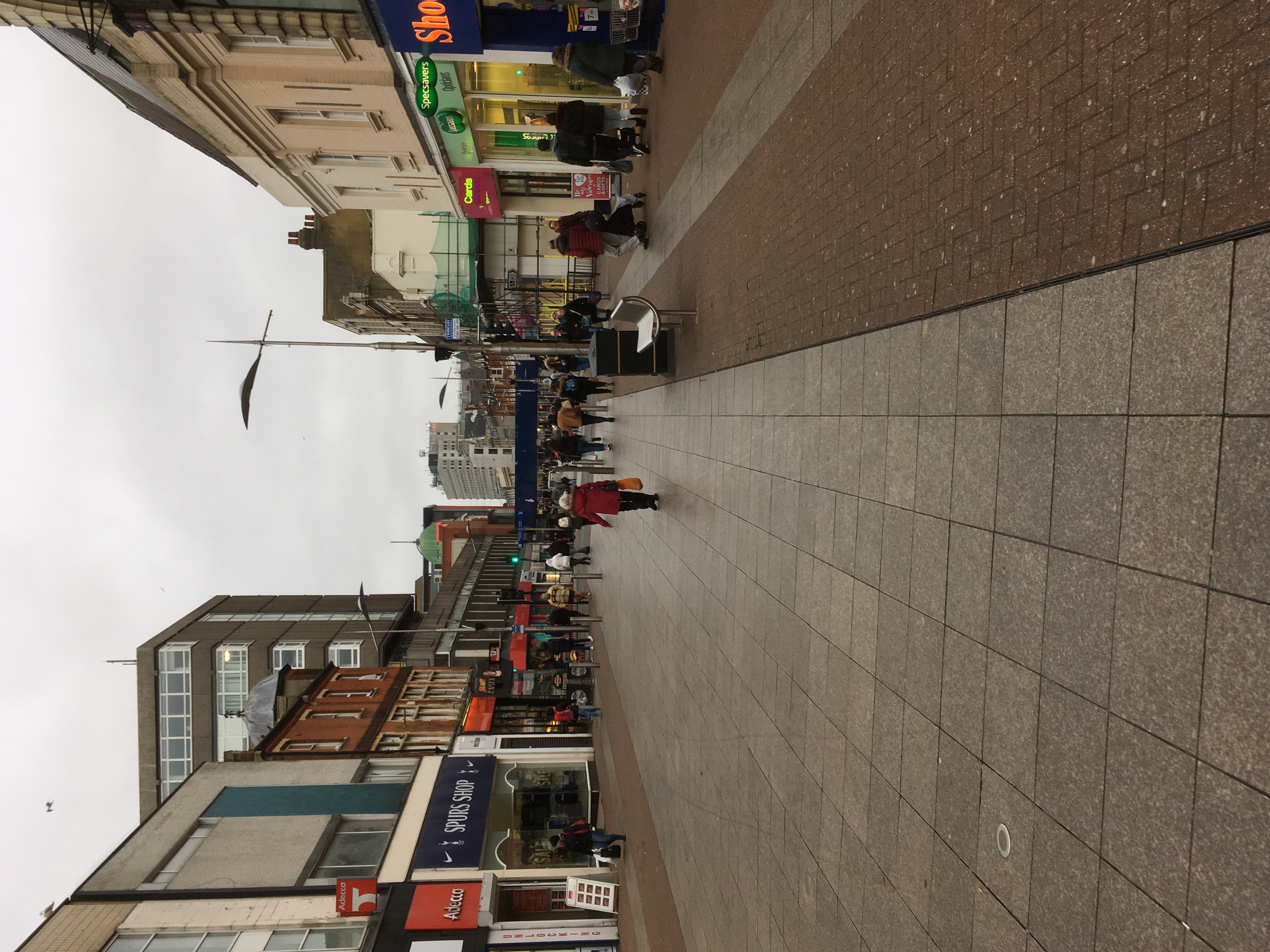 Emma kindly asked for an update since my October 'Save Southend High Street' article. I was touched by the many supportive emails I received at the time and I thank you for them.

Up to that point, I felt I was a bit of a lone wolf! I had no inkling to the depth of feeling in the community regarding the demise of our town.

So what has happened in the meantime you may ask?

Not a lot in fact!

- The bedding has gone, the beggars have not!

- Cyclists are still intimidating us!

In fact, sadly we can add murder to the list as well!!

It would be totally unfair to blame the police as individuals, they are tremendous but are stretched beyond the limit. We simply do not have anywhere near enough Bobbies on the beat.

Whilst this has been going on, myself and two friends came up with a cunning plan which we thought would be a great way forward, in helping the town back on its feet.

The strategy was presented by SKA Architects headed by the principal Steve Kearney, an award winning local architect in his own right and Richard King a retired big hitter who had many huge, successful regeneration projects on his CV. Who incidentally had his own article expressing his very advanced thinking for Southend's future prosperity, in the March edition of Oracle.

I might say both of these gentleman put their time in gratis, they like us, just want change for the better in Southend.

We arranged the presentation to be held at my restaurant 'Sands by the Sea' on a lovely sunny Southend day! I invited representatives of each political persuasion to come and add their input, including Cllr James Courtenay. I also invited the Town Clerk who incidentally refused my invitation.

It was a well attended event which included the Chamber of Commerce, local professional’s, local press and Emma with many of her Oracle readers in attendance.

In short, to capture the mood of the meeting; we suggested a few simple things from the powers that be:-

1 - Free two hours parking on all side roads adjacent to the High Street, from one end to the other.

You could then add these spaces to the newly created free two hours, street parking.

We estimate if you include all the stub ends on the M&S side of the High Street it might come to around one hundred spots, that’s all.

But what a message it would send to customers and traders, how would M&S feel about free parking bang outside their front door?

3 - The majority, present at the meeting, felt it would be great to reopen sections of the High Street to cars, not all of it, just some. This move would create a flow and maybe extra parking but it would positively ease congestion, reduce pollution and by opening the High Street to traffic would improve peoples safety at night.

Since the meeting another matter is now a contender to be included with the other three priorities.

I have spoken with SBC who tell me its vandalism that forced them to change car parks to pay as you go? Must be very picky vandals to leave hourly paid machines alone!

These few things are quick and easy fixes that would rejuvenate the High Street from day one.

It might also encourage the shops still trading in the High Street in particular M&S and Debenhams to stay.

It was also mentioned about reducing business rates on the back streets for start up businesses, which would be great for the next generation of entrepreneurs.

The Council already have powers to enact this, by the way.

The ambition is to create a big Leigh.

All simple stuff to do, for starters:-

- Bit of paint remover for the double yellow lines.

- Two hours free parking at the stroke of a pen.

- The roads are underneath the existing pavement in the High Street, you just need to move/create a few temporary barriers.

Surely, this could be implemented very quickly?

It just needs strong/inspirational leadership with a bit of business savvy thrown in.

Whilst writing this, I couldn't let this opportunity pass without mentioning my favourite story 'Seawaygate' as I now call it!

I won’t bore you with all the arguments doing the rounds that are all still valid, by the way.

You know the one, flogging a ten million pound site for a pound!

Trying to justify their lack of business nous in giving away seven hundred thousand pounds of car park takings for two hundred and eighty two thousand in return, by telling us it is OK as we will be collecting business rates to make up the shortfall!

When the deal was signed six years ago, rates were never part of the equation, on top of which a recent House of Commons select committee is recommending a reduction or replacement in business rates.

Who's responsible for shortfall?

Will the folks at the Council who are responsible make up the shortfall from their own pockets?

However just when you thought it couldn’t get any worse?

I need a drum role here and I hope you are seated!

Believe it or not, Southend Council after selling the Seaway car park for one pound have considered buying back the car parking element from the developers, for car parking!

Of course they denied it when confronted, however it’s all recorded in Council minutes and reports.

Well, elections are next month perhaps you might like to check with the candidates of all parties and see what their 'take' is on the subject?