Results of your vote 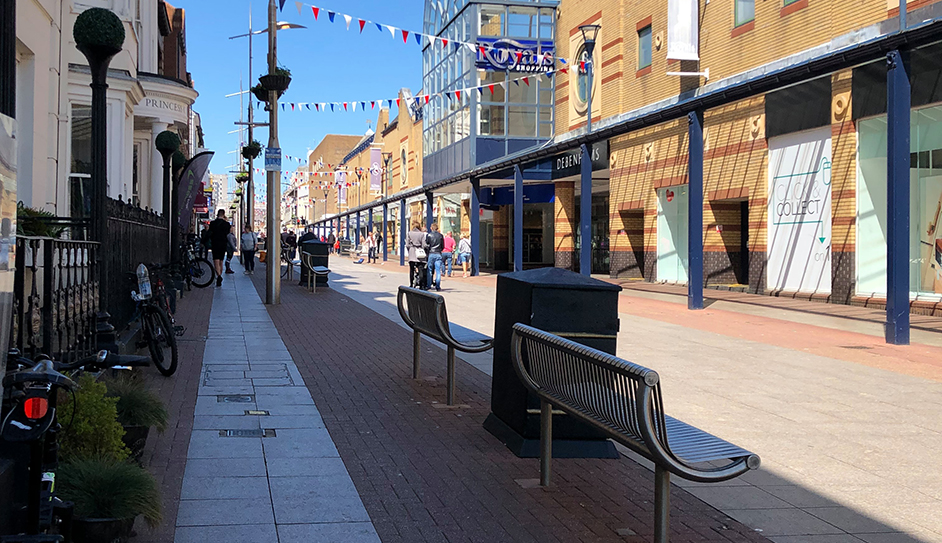 It is 10.50pm, Thursday May 2nd and I await a car to take me to the Count at Garon Park. All day, spent sitting outside the polling Station, listening to residents condemning the Conservative and Labour Parties and their role in the Brexit negotiations but these same residents also acknowledged the role of Independent Councillors in the Ward who have worked hard to create a better community and fight against the negative efforts of the Tory led Council.

It seemed as if many of the residents were voting Independent and Lib Dem and if this is carried on across the Borough, it will mean the Tory Administration falls.

I will not know until about 1.30 am and then, I will add my thoughts about just what went wrong for the Tory Councillors on the Council. It could be the £2.5 million wasted on the Cliffs Museum white elephant, the undervaluing of the Seaway Car park and the sale of it for £1. It could be the lack of professionalism of the Senior Directors who have failed with the Gateway and City Beach projects that cost millions. It could be the drive to create numerous flats rather than decent homes with gardens.

The Count was very exciting and with a result of Conservative -7; Labour +2; Independent +3 and Lib Dem at +2 the result was good for Southend. The Independents received a +11% share of the vote and with the Conservatives losing 12% it demonstrated just how dissatisfied the residents were with the Conservative Administration. Brexit has been given as the reason across the UK but in Southend, I believe it is the local policies that driven the residents to vote in a new Administration.

I will not know the results of the discussions currently taking place on the format of the new Administration as I write this article, as the permutations are many. It could be an Independent, labour, Lib Dem coalition giving 29 seats against the 20 Tory seats with 1 unaligned seat plus the Mayor.

The Independent and Lib Dem gains were quite spectacular with Keith Evans (Blenheim) ousting the Deputy Leader of the Council James Courtney. The Lib Dem, Paul Collins did well to unseat Trevor Byford and in Leigh, Ashley Thompson had a resounding victory to unseat Bernard Arscott. In Shoebury, Simon Wakefield won with a majority of just 35 and Ian Shead won back the ward for the Independents with a close majority of 29 votes. Kimberley O’Connell was unlucky in St. Laurence to lose by just 39 votes. Ron Woodley and Paul Van Looy maintained excellent majorities with votes of 2,232 and 1,257 respectively.

The results demonstrate that good hard-working candidates who know the Borough were supported by the residents and the days of a Conservative, arrogant and inefficient Administration are over. There will be an end to the expensive use of consultants when Senior Directors are paid very well to make decisions. The Chief Executive made decisions on the eve of polling day which the opposition did not wish to be made and this was a bad error of judgement on her part. Past decisions to demolish good housing in Herbert Grove were inexplicable and the removal of all social housing in the proposed Queensway development was an insult to our residents and opposition groups.

Southend Council has been operating in a not fit-for-purpose manner for a long time and has no cost centre structure where Officer’s time spent on projects can be analysed. The inexplicable decisions made by Officers have been allowed to progress because the Conservative Administration allowed such to happen but as we enter a new era, I am certain that the wishes of the residents with respect to development (less flats and more houses with gardens) and a serious motivation to bring back more seafront entertainment. The revival of the Shakedown demonstrated it was needed and now calls are being made to bring back the Air-show. Parking across the Borough must be looked at and the Independents have plans to restore some sanity to the problem and indeed will resolve the policing issues. More parking is obviously required and the cost of parking for residents reduced. Plans are in-place to revive the High Street and these plans will be forced through by the new Administration.

I have always felt that our Conservative led Council actually, ignored the views of local residents and it has paid the price, not because of Brexit but because it failed to listen and forced through vanity projects (such as the Gateway’s atrocious junction by Victoria Station) and allowed our town to lose the values it once had.

I compliment each person who made the effort to vote. It worked!

The result of the election for Leader of the Council and a possible working majority on the Council at Mayor Making today resulted in a boost for true democracy in the Borough. No one Party or Group had a majority and in-line with the voting across the Borough we have the Tories on 20 seats, Labour and Lib Dem on 19 seats, Independents on 11 seats and 1 non-aligned. Neither Labour or the Tories would agree to having an Independent Leader which would have seen a majority grouping.

This will mean that no one Party can bring in projects without debate and agreement. The Independents were offered Cabinet seats but true to the Nolan principles could not work under any political leader.