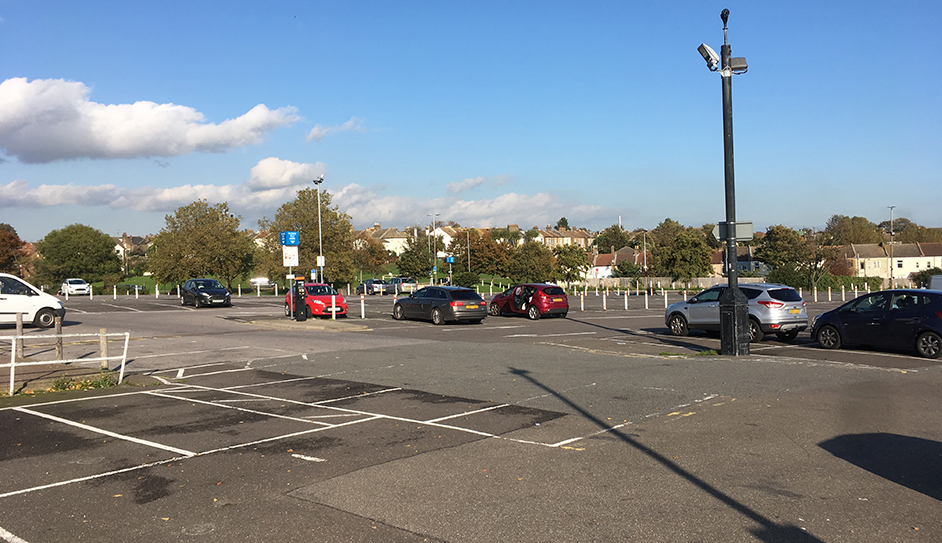 The arguments surrounding the proposed redevelopment of the Seaway Car Park  continue and some of the issues were highlighted in the last edition of Oracle, when Independent Party Councillor and current Cabinet Member Martin Terry commented that “I did like and support the scheme in its original design concept but I now have serious questions which need to be answered”. He further said that “There does seem to be a driving determination and obsession to get this scheme through at almost any cost”.

I have watched the progress (or perhaps lack of it!) over recent years having been Leader of the Council back in January 2013 when the cabinet originally approved the scheme, that decision being approved by the full Council at its meeting on 28 February 2013.

The original decision was seen as a way of building on and enhancing the success of the Seafront and better linking it with the High Street, which it was hoped would also serve to regenerate the south end of the High Street.

However our decision was subject to important pre conditions which were set out in the Council minute, namely that:

1. The proposed deal was subject to external certification for compliance with S123 Local Government Act 1972 which provides, amongst other things that “Except with the consent of the Secretary of State, a council shall not dispose of land under this section, otherwise than by way of a short tenancy, for a consideration less than the best that can reasonably be obtained”;

2. There should be a fixed timescale for delivery;

3. The leisure development would be delivered ahead of the occupancy of the residential accommodation;

4. The Council’s then revenue return from the site would be retained and improved with a share of the long-term income from the development.

5. Any change to the Heads of Terms would be considered in consultation with all Group Leaders.

In the event before the deal was finally signed the Conservatives had lost control and a new Administration was in place with Independent Party Councillor Ron Woodley in place as Leader and Cllr Terry a member of his cabinet.

Cllr Woodley chose to sign off the deal in November 2013 with the decision being reported to Cabinet on 6 January 2014. Presumably he and his colleagues were satisfied that the pre-conditions had, or would be met although there had already by this stage been a delay of 12 months which undermined the requirement for a fixed and swift timescale for delivery.

Subsequently the Conservatives regained control of the Council and the scheme appeared to progress although with no actual implementation and we now have a rainbow alliance headed by Labour Councillor Ian Gilbert but with Cllrs Woodley and Terry back in Cabinet.

I have not been on the Council over recent years and do not know whether the preconditions have been met or amended however what is apparent is that almost 8 years after the decision was originally approved by Cabinet no progress in actual implementation has been made and in the meantime there have been significant changes to the proposal. In addition the High Street is now in a significantly worse condition than when the proposal was originally discussed. Others have raised concerns over the plan about which I cannot comment however what is clear to all is that the amended proposal which is now being pursued risks further harming the High Street and damaging the Seafront which remains the jewel in our crown and which gives our Town such an important advantage over many other town centres of a similar size.

Not in the best interest

I have now concluded that this development as currently proposed is not in the best interests of the Town, particularly taking into account the challenges faced in 2019, and in circumstances where even a member of the current cabinet who was also a cabinet member when the deal was signed off is expressing such serious concerns the time has come to consider the matter again.

When Cllr Terry refers to “a driving determination and obsession....” I assume he must be talking about either his own Administration or Council officers. His responsibility is now to either support the policies of the Administration of which he is part or acknowledge that times have changed and do something about it. I am hoping for the later but expecting the former!