Tackling drug dealing in and around Southend 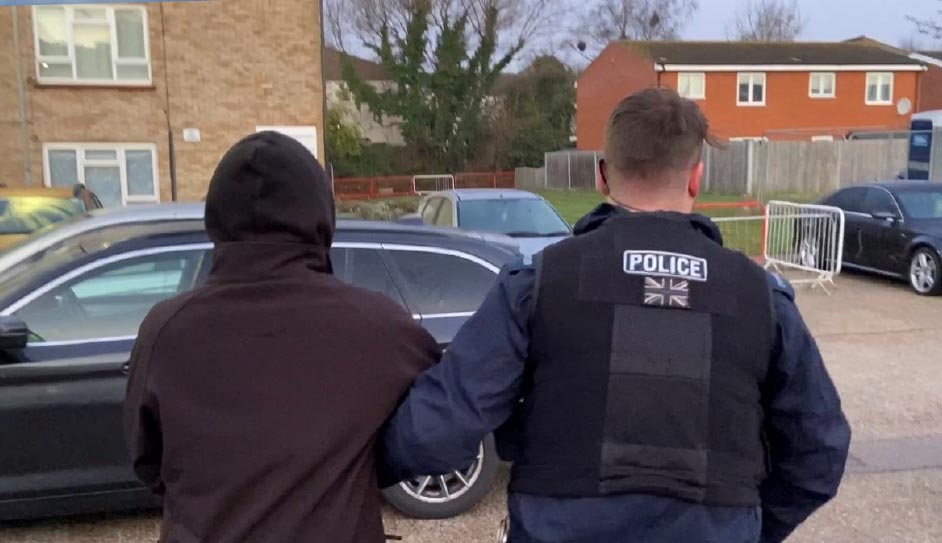 This month has seen the latest week of targeted action to disrupt County Lines drugs dealing. As part of this work, officers carried out warrants at addresses in Southend, Westcliff, Leigh-on-Sea and Shoeburyness.

Across the county, we made 49 arrests, seized almost £100,000 in cash and more than 1,100 prepared wraps of cocaine.
County Lines are run by organised criminal gangs who exploit the young and vulnerable and manipulate them into selling drugs.
The trade in illegal drugs is inextricably linked to violence and the proceeds fund other forms of criminality.
Preventing vulnerable people from becoming involved in drugs and the crimes associated with drugs is a force-wide priority and it is one we do not tackle alone.

Help and support is provided

We work closely with partners in local authorities and the Essex Violence and Vulnerability Unit to ensure those people who may appear as perpetrators, but are in fact victims in their own right, are safeguarded and steered away from crime and drugs. The Serious Violence Unit has a dedicated Gangs and County Lines Officer who works to ensure young people at risk of exploitation are identified and to ensure help and support is provided.
There are several signs to look out for that may indicate someone is involved in County Lines.
These include going missing and being found in unfamiliar areas, having money, new clothes or phones that they can’t explain how they paid for, being secretive about who they’re in contact with, or a significant change in their emotional or physical well-being.

"Groups of people do think they are above the law"

Temporary Detective Chief Inspector Neal Miller, of the Essex Police Serious Violence Unit, said:
“Whilst these results clearly show the work we are carrying out is working, we are under no illusions that some groups of people do think they are above the law and they do think they can sell their product in Essex.
“But our message has been consistently clear; drugs and drug dealers are not welcome in our county.
“The people who do this cause significant harm to our communities and we make no apology for pursuing them relentlessly.”