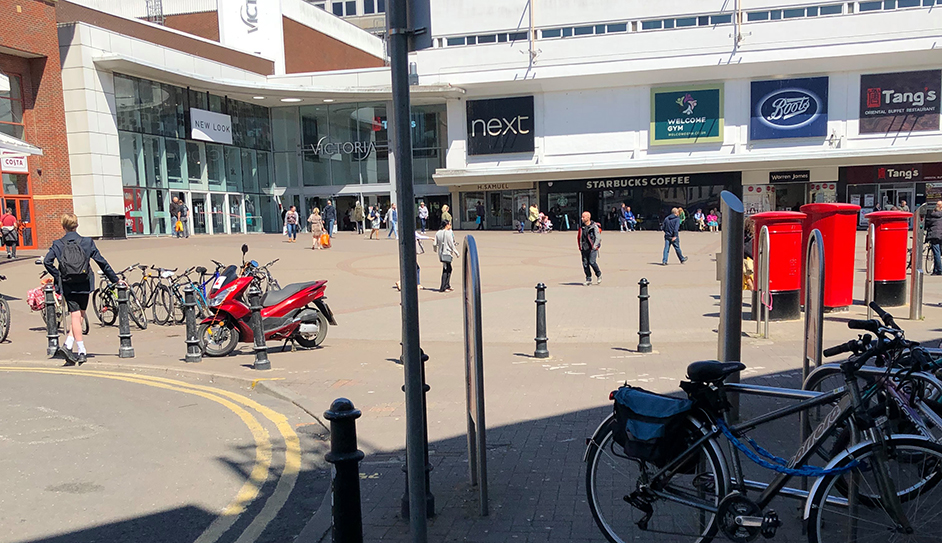 It’s been over a year since I wrote my 'Save Southend Dire Street' article.

The article at the time caused quite a stir of the right kind. Many readers made contact with letters of support, agreement and suggested further good ideas. So much so I arranged a public seminar where two highly regarded local/national architects presented their own visions for Southends future prosperity.

I invited the 'Oraclers' who had made contact, leaders of the political groups, the press and other interested parties. We held the meeting at Sands on the seafront and it was well attended with a very positive vibe in the room.

My three suggestions from the article were:

• Make all side roads from Royal Terrace to

lines in particular the ones outside M&S

and make them into extra free parking.

All three suggestions were well received and nobody spoke out against the proposed suggestions.

If taken forward by the council, these easy to do quick wins would have sent a positive message to customers and given a strong message to the retailers. My suggestions alone will not win the battle long term, but would start the road to recovery, a real confidence booster and an encourager for new businesses to the High Street.

However, here we are a year or so later and  where are we on that road to recovery you may ask?

What has been done? Zilch!

What is new? Nothing!

Any short, medium, long term plans or strategies at all? None at all!

Did they listen? No!

Has the decline worsened? Yes.

On the positive side the rough sleepers have now been displaced, although the aggressive beggars are still in abundance. They even have their own pitches nowadays and we still have to run the gauntlet with 'yobbo' cyclists intimidating us with their agressive cycling, and it’s not just the kids!

More cops on the beat

Although promises of more to come, we have a few more cops on the beat but hardly enough. We also have a team of local security guards that are reassuring to see, but like Coca-Cola you can’t beat the real thing! Not that many years ago, before the cuts in Police budgets, Southend had a permanent squad of twenty four PCs, two sergeants and an inspector just for the High Street, plus two PCs for the seafront, shameful really, in comparison to today.

From the meeting, one of the attendees Josie Hewitt took the 'bull by the horns' and gathered a two thousand plus signature petition supporting the two hour 'free' parking initiative. Please sit down when you hear the current adminstrations reason for refusal. “If you give free parking, it will cause congestion making it too busy!"

What I do hear though is they have a plan to eliminate the northern end of the High Street from the railway bridge to the Victoria shopping centre, starting with forcing the Odeon out of business by opening a bright new shiny cinema on the Seaway Car Park. Are cinemas not toast anyway with all the ways of watching film and affordable big TVs at home? I’m not sure those businesses in the doomed zone have been told as yet? What can you say or do?

Last time out, we had a Conservative council who wouldn’t listen and lost the election, they listen now! The coalition who came into power promising to play an open and fair game are not doing so. Maybe time for a complete change of tack? To this end we could lose the cabinet system and return to the committee structure as Basildon have done, or go for an elected mayor who has “carte blanche” over everything. The first is safe, the second could be a wild ride, you might even get somebody like me! The latter I wouldn’t recommend, my idea of running anything is with a committee of one, just me! That’s it for now, let’s hope somebody at SBC gets motivated in the meantime!