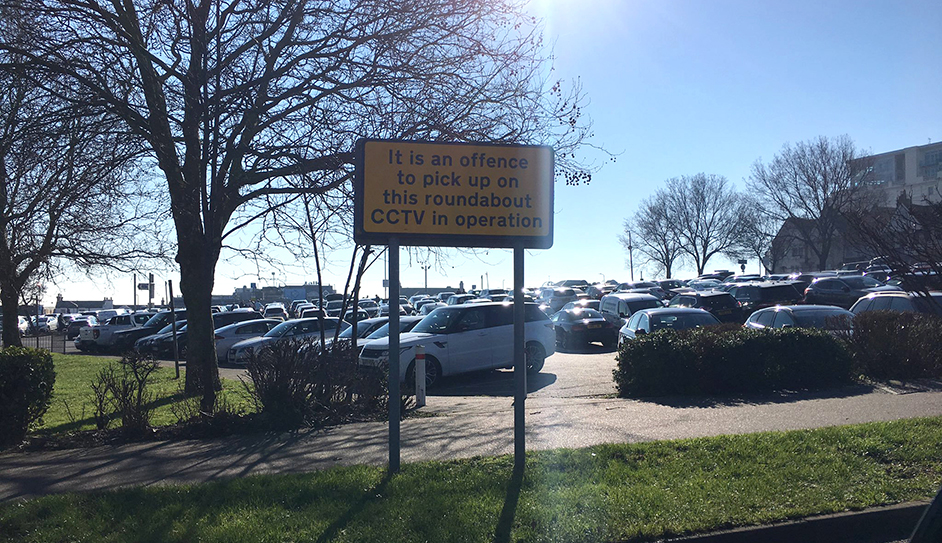 We are now approaching the deadline where a planning application must be submitted by Turnstone, the contracted developer of the valuable, Council owned, Seaway car park. This divisive matter has been travelling through the Council for well over a decade and was initially devised by the now defunct, and often criticised quango, Renaissance Southend, under the stewardship of former Conservative Leader and local solicitor, Nigel Holdcroft, who stepped down many years ago.

I myself had a fall out with Renaissance Southend over the price received for the old Rossi Ice Cream factory by the original Italian owner and the eventual price paid by Southend Borough Council. The old Rossi factory forms part of the development site. I was alerted by a very angry elderly Italian gentleman, the original owner, who claimed he had been allegedly ripped off when it was acquired by a third party and sold on to SBC.

No minutes of board meetings!

When I made enquiries through my position as a Councillor I discovered that despite the fact Renaissance Southend were spending lots of your taxpayer money, acquiring properties, informing Southend Council on Policy and working closely with Southend Borough Council, they kept no minutes of board meetings, didn’t meet the basic Nolan Standards in Public Life, didn’t keep any records, declaration of interests or anything. Because of the convenient failure of not keeping records I was unable to pursue the matter to any satisfaction get an answer for the original Italian owner.

And so, the Seaway Saga began in an inauspicious way. The proposals were to provide an overall all-weather attraction including a cinema, restaurants and shopping with some housing directly linking the High Street to the seafront with a very attractive walkway entitled the Spanish steps flowing from the High Street, through the site and then on to the seafront. There was also to be a multi-storey car park that would adequately replace required parking. At the start, despite the shenanigans at Renaissance Southend, I did like and support the scheme in its original design concept but I now have serious questions which need to be answered.

The first sign of problems was the discussion around parking. Members of the Council wanted more than what was on offer. This we were told would mean more stories on the multi storey car park, this was alleged as being not in keeping with the overall height and mass of the scheme. We then pursued the idea that perhaps then, instead of going up, they could go down with a basement. This we were told was “unaffordable” for Turnstone with a simple ultimate implication that either up or down was not affordable.

The next problem, and for me, a serious change, was the removal of the Spanish Steps from the scheme. The CEO of SBC at the time, Rob Tinlin, played this down with me saying "oh it’s okay, people can access the site from Pier Hill". I objected strongly to this, making the point that this breaks the whole concept of the scheme. Not linking the seafront, the new site and the High Street is a fundamental failure. The whole idea was to provide an “all weather” attraction that would draw visitors in making an all-weather destination but also offering something to seafront visitors during inclement weather conditions.

The reason that the Spanish Steps, fundamental to the scheme, are being removed is because Turnstone could not afford to acquire the seafront building identified that would create the opening link between the seafront, the site and the high street. They paid a deposit to the owner but apparently ran out of cash. Effectively this means the buildings between the seafront buildings and Seaway and will act like a Berlin Wall, thereby preventing its basic functionality and basic design concept. From this point on I have had questions about this scheme. Does it meet the basic design criteria as originally set out?

I am concerned that a valuable major asset that we all own, that belongs to the people of Southend, is being given over to a developer that cannot even afford to provide the levels of parking identified originally by Councillors or even the Spanish Steps which were deemed as fundamental in the original concept. The changes from this original concept in this scheme require serious debate. Considerations and questions need to be identified and determined when this scheme arrives at the Planning Committee, if it ever does, that is. It is already years late and had one 12-month extension, which creates further concerns about the development partner with a final December deadline.

Although, I am not a Member of the Planning Committee I will be attending to raise my concerns purely on planning grounds. There does seem to be a driving determination and obsession to get this scheme through at almost any cost. I read in the documentation that recent traffic surveys were undertaken in March 19 when of course, Southend has its peak visitor numbers!!! What a joke that is. I also read that it is determined elsewhere that 8 out of 10 people surveyed, walk to the seafront. This was based on a survey of 100 people! These are the basic tenets upon which Members of the Council be advised to support this scheme, surely another joke?

I am not going to prejudge or make any determination with regards to my final view as that would be me acting in a prejudicial way and possibly prevent me from speaking at the planning committee. I will raise all of my concerns for the good of Southend in front of the Planning Committee who will ultimately have the burden and the responsibility of this major decision.